“Domestic violence-related homicides are tragedies that can be prevented. 47 individuals lost their lives to domestic violence in 2018. Communities can and should take ownership of the solutions to domestic violence. If we continue to focus solely on abusers and victims and don’t address the underlying causes that support violence, we will never end it,” said Patti Seger, Executive Director of End Domestic Abuse Wisconsin.

The report contains a discussion of domestic violence lethality risk factors. 37% of victims were killed while trying to leave their relationship or after the relationship had ended. Knowledge of risk factors can help service providers identify victims who are at the greatest risk of being killed and provide them with enhanced outreach and services. No victim in Wisconsin should have to take the courageous step of leaving an abusive relationship without the safety and support offered by domestic violence victim advocates and without the benefit of a coordinated community response that is designed to protect victims and hold perpetrators accountable.

We are all affected by the 47 individuals lost to domestic violence homicide last year. In our report, we included this reminder from one victim’s family member: 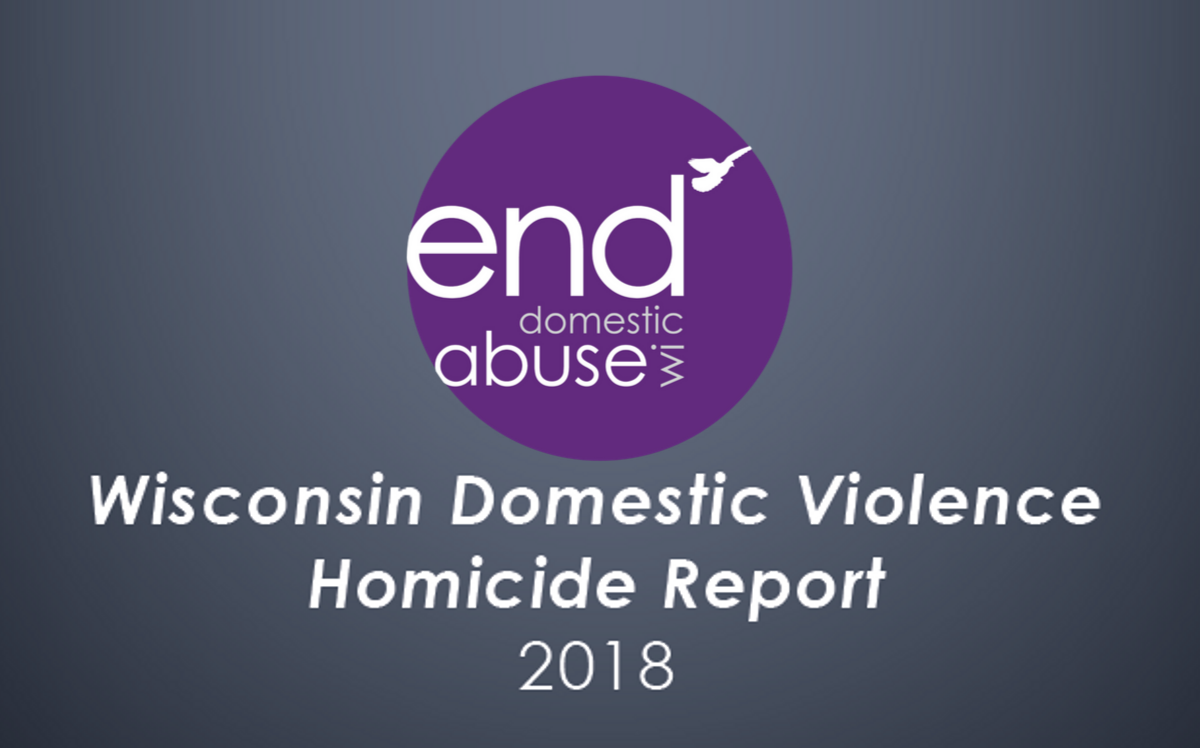 To review the 2018 Report, please visit our website at:

End Domestic Abuse Wisconsin: The Wisconsin Coalition Against Domestic Violence is the leading voice for victims of domestic abuse in Wisconsin. At End Domestic Abuse Wisconsin, we educate shelter and program volunteers and advocates, law enforcement, legislators, and community members to provide safety and support to survivors. We strive to shift Wisconsin from the attitudes and beliefs that cause domestic violence to values of mutual respect and equality, and we partner with communities in the effort to prevent and end domestic abuse. We encourage reporters to include the National Domestic Violence Hotline number [1−800−799−SAFE(7233)] in their stories for victims who need help. A list of local Wisconsin domestic violence victim service providers can be found at http://www.endabusewi.org