“Survivors of domestic violence are directly impacted by access to reproductive justice: the right to maintain bodily autonomy, have or not have children, and parent children we have in safe and sustainable communities.*

“Reproductive justice exists when all people have the economic, social and political power and resources to make healthy decisions about our gender, bodies and sexuality for ourselves, our families and our communities.”

Abortion restrictions are a white supremacist tool to govern bodies and autonomy. The idea of choice is often viewed through the lens of white, cisgender women without consideration of the disparate reproductive oppression experienced by Black, Indigenous, and people of color (BIPOC) or the LGBTQ community. We protect reproductive justice for ALL by raising awareness, supporting those most impacted, and using our voices & votes to protect essential healthcare.

Important Note on Gendered Language: The limited research on reproductive justice & domestic violence often implies that gender is binary. As we cite available studies which hold important data on this issue, this language does not reflect our expansive understanding of gender or who is impacted.

The majority opinion was written by Justice Alito and signed onto by four of the other Republican-appointed justices – Clarence Thomas, Neil Gorsuch, Brett Kavanaugh and Amy Coney Barrett. Meanwhile, “the three Democratic-appointed justices – Stephen Breyer, Sonia Sotomayor and Elena Kagan – are working on one or more dissents… How Chief Justice John Roberts will ultimately vote, and whether he will join an already written opinion or draft his own, is unclear.”

Critically, “Deliberations on controversial cases have in the past been fluid. Justices can and sometimes do change their votes as draft opinions circulate and major decisions can be subject to multiple drafts and vote-trading, sometimes until just days before a decision is unveiled. The court’s holding will not be final until it is published, likely in the next two months.”

However, if this draft does become the published majority opinion, the effect will be to end the federal, constitutionally-grounded right to abortion that has been protected by Roe v. Wade. This move will leave individual states free to protect abortion or not, and many states are already poised to curtail abortion rights.

The full Politico article delves into the majority’s stance on overturning precedent, their view of Roe, and how they attempt to tie their reasoning to race. End Abuse will provide updates on new information surrounding this case, in particular the ultimate published opinion. In the meantime, please refer to the resources below in the ongoing work for reproductive justice and survivor justice

What is reproductive justice?

“Reproductive justice builds from the recognition that many communities, especially poor communities of color, have experienced historical reproductive abuses—from the breeding of slaves to coercive sterilizations to welfare benefits in exchange for long-acting contraceptives. Reproductive justice recognizes that the main reproductive challenge facing poor women of color is not unintended pregnancy, but rather structural inequities that provide some people with easier access to self-determination and bodily autonomy than others.”

End Abuse created infographics and key quotes and statistics for public use highlighting the link between domestic violence, reproductive coercion, and abortion access. Find these resources – including graphics available in sizing for multiple social media channels – at bit.ly/endabusereprojust 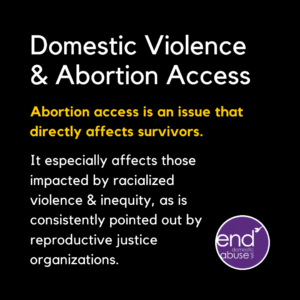 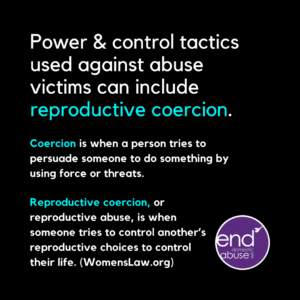 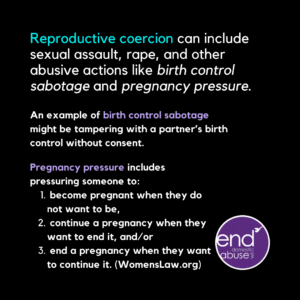 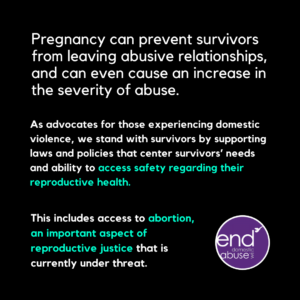 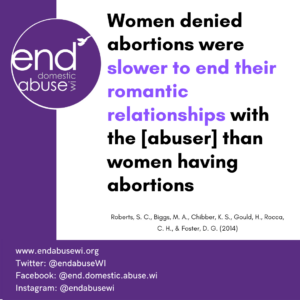 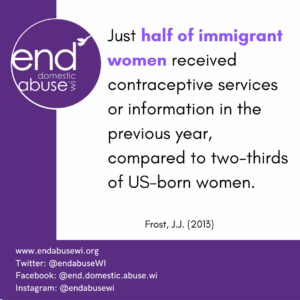 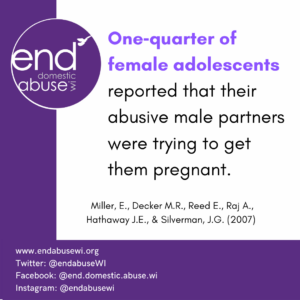 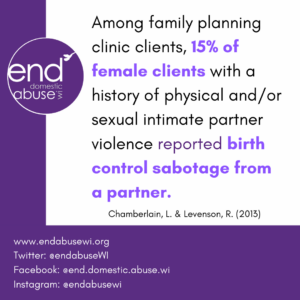 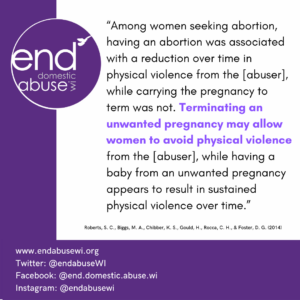 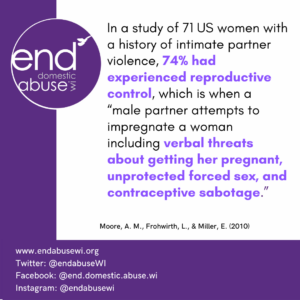 Other pages in this section