Use the map below to choose the region of Wisconsin in which you live to find help and support as close to you as possible, or, select a region listed here: 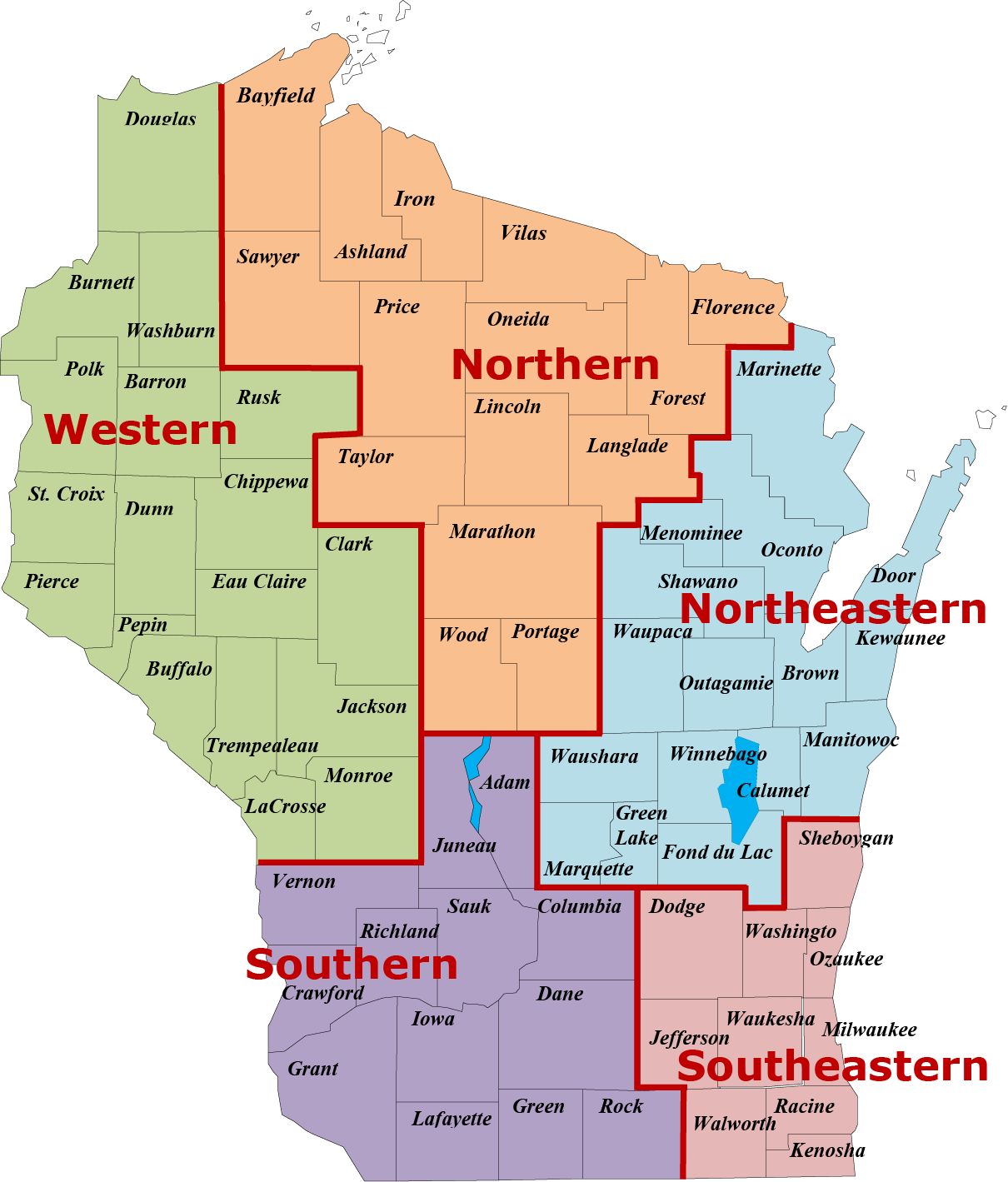 Am I Being Abused?

Domestic abuse is a pattern of coercive and controlling behavior used in an ongoing, familiar relationship.

An abuser may control or harm the entire household. Anyone can become a victim of domestic abuse. Abuse occurs in all cultural, economic, and religious groups, among all gender identities, sexual orientations, and across the lifespan. Abusers can be spouses, partners, adult children or other family members or caregivers.

Abuse can take many forms.  Some are more common depending on your age, your culture or traditions, and the kind of relationship you have with the abuser.  Sometimes it is hard to figure out if what someone says or does is abuse. Here are some links to signs that someone is harming you:

What can I do if I think I am being abused?

If someone is abusing you, you might feel scared, hurt, sad, confused, angry, embarrassed, or hopeless.

Many people have feelings like these when they are being abused or after leaving an abusive relationship. Help is available. Talk with someone you trust or call your local domestic/sexual abuse hotline and talk with someone without having to give your name or location. To find the nearest domestic abuse hotline in WI, click HERE. If you do not live in WI, call the National Domestic Violence Hotline, 1- 800-799-SAFE or 1-800-799-7233.

When you are scared, it’s harder to think clearly and quickly.
You can make a list now, of things you might need and things you could do to be safer. You can use your plan when you don’t feel safe.

How can I help someone?

Please see the following links to learn how you can help someone who is being abused.

When domestic violence homicide occurs in your community

We are moved by the passion and commitment of program directors and advocates in Wisconsin who work daily to end violence. Perhaps never is this more profoundly evident than when a life has been taken by violence. During this time of crisis domestic violence and sexual violence programs are asked to fulfill a variety of roles, and at the same time are often dealing with their own sense of loss. End Abuse facilitates connections with programs in Wisconsin prior to and in the wake of a domestic violence homicide.  Our Homicide Response Plan (PDF 466KB) provides a framework for domestic violence programs and their community partners to guide how they will collectively respond to domestic violence-related homicide incidents.

What is predictable must also be preventable. Extensive research into domestic violence homicides has revealed certain indicators that are more predictive of experiencing future lethal or near-lethal domestic violence. Visit our Homicide Prevention (NEED LINK ONCE PAGE IS CREATED) page to learn more.

What to Expect From a Domestic Violence Program

What to expect if you call a program:

What to expect if you go to an emergency shelter:

Why do victims stay with an abuser or return after they have left?

There are numerous reasons why victims maintain contact with abusers or feel they cannot leave an abusive relationship. Victims of abuse often love or care about the people who harm them. Keeping the family together may be very important to the victim for many reasons, including for the sake of children or religious and cultural beliefs. Some victims fear that they will be seriously hurt or killed if they leave their abusers. Others do not have the financial resources and/or housing they need to leave. Medical conditions and disabilities may make living on their own difficult or impossible or the abusive individual may need the victims care.

Everyone fights sometimes. How can I tell a fight from abuse?

Disagreements occur in most relationships. Sometimes those arguments are loud and people say things that hurt each other’s feelings. However, in most relationships, adults say they are sorry and make up. No one gets physically hurt. When there is abuse, one person uses power and control to get what they want out of the relationship. There may or may not be physical abuse in the relationship, but the threat of harm is present. The person with the power uses many tactics to maintain their control in the relationship, including emotional and psychological abuse, threats of physical violence or abandonment, isolating the individual from family and friends, limiting the victim’s use of phone, breaking assistive devices and denying health care. Individuals who use power and control tactics in a relationship can be very persuasive, often trying to convince family, friends and professionals that they are only trying to help. Abusive individuals rarely take any responsibility for their inappropriate behavior.

Does anger cause abuse?

Anger is a normal and healthy emotion and does not cause abuse. Even though abusers can be angry at times, abuse happens when an individual chooses manipulative, threatening or physically violent behavior to gain power and control over another individual. Abusive tactics may occur without any anger evident in the abuser.

Does mental illness cause abuse?

Is abuse caused by stress?

While stress is a commonly used rationale for abuse, stress does not cause abuse. Everyone experiences stress. Most stressed people do not hurt others. Most abusers under stress do not hit their bosses or law enforcement officers. They choose victims (such as family members) who have less power. At times providing care for an ill or frail elderly person can be stressful. Some abusers suggest that their negative behavior is due to caregiver stress because they are overwhelmed by the demands of providing care. Research does not support caregiver stress as a primary cause of elder abuse but rather an excuse used by abusers so they can continue their behavior without consequences such as intervention by social services or law enforcement.

Is abuse caused by a medical condition or combination of medications?

Does elder abuse occur because a victim of child abuse grows up and then abusers his/her parent(s)?

Abusive parents can unknowingly teach children that abuse is an effective way to control another individual. Abusive behavior is a choice. Individuals who grew up with abuse can choose to behave abusively or they can choose to stop the pattern of violence that may be all too familiar for them. Many adults who were victims of child abuse or witnessed domestic violence growing up, have healthy, happy adult relationships and do not hurt their children, spouse/partners or parents. Some individuals who are abused as children experience emotional problems and/or mental illness as adults. This may require specific treatment to deal with the effects of their victimization; however, this is not an excuse for someone to continue abusive behavior.

Does drug and/or alcohol abuse cause the violence and abuse?

How does domestic abuse affect a victim's health?

Domestic abuse is rarely a one-time event; it usually gets worse and happens more often. The damage to victims is real. Domestic violence is the leading cause of injury to women in the United States. According to the U.S. Bureau of Justice Statistics, men batter close to one million women a year. Untold numbers of women suffer permanent injuries—brain damage, blindness, deafness, speech loss through damage to the larynx, disfigurement and mutilation, damage to or loss of internal organs, paralysis, sterility, and so on.
Women who are victims of domestic violence are more likely to attempt suicide, suffer from depression, anxiety, general chronic pain, headaches, gastrointestinal disorders, arthritis, and stomach ulcers. Many pregnant women miscarry as a result of beatings; and many birth defects are caused by assault on the mother during pregnancy. Many women have been infected with HIV by batterers who force them into unprotected sex. And every day in 1998, five women died violently at the hands of men who claimed to love them—accounting for one-third of all women murdered that year.

Other pages in this section

A list of groups located in northern Wisconsin able to help you if you are being abused.
Get Help

A list of groups located in southeastern Wisconsin able to help you if you are being abused.
Get help

A list of groups located in southern Wisconsin able to help you if you are being abused.
Get help

A list of groups located in northeastern Wisconsin able to help you if you are being abused.
Get help

A list of groups located in western Wisconsin able to help you if you are being abused.
Get help