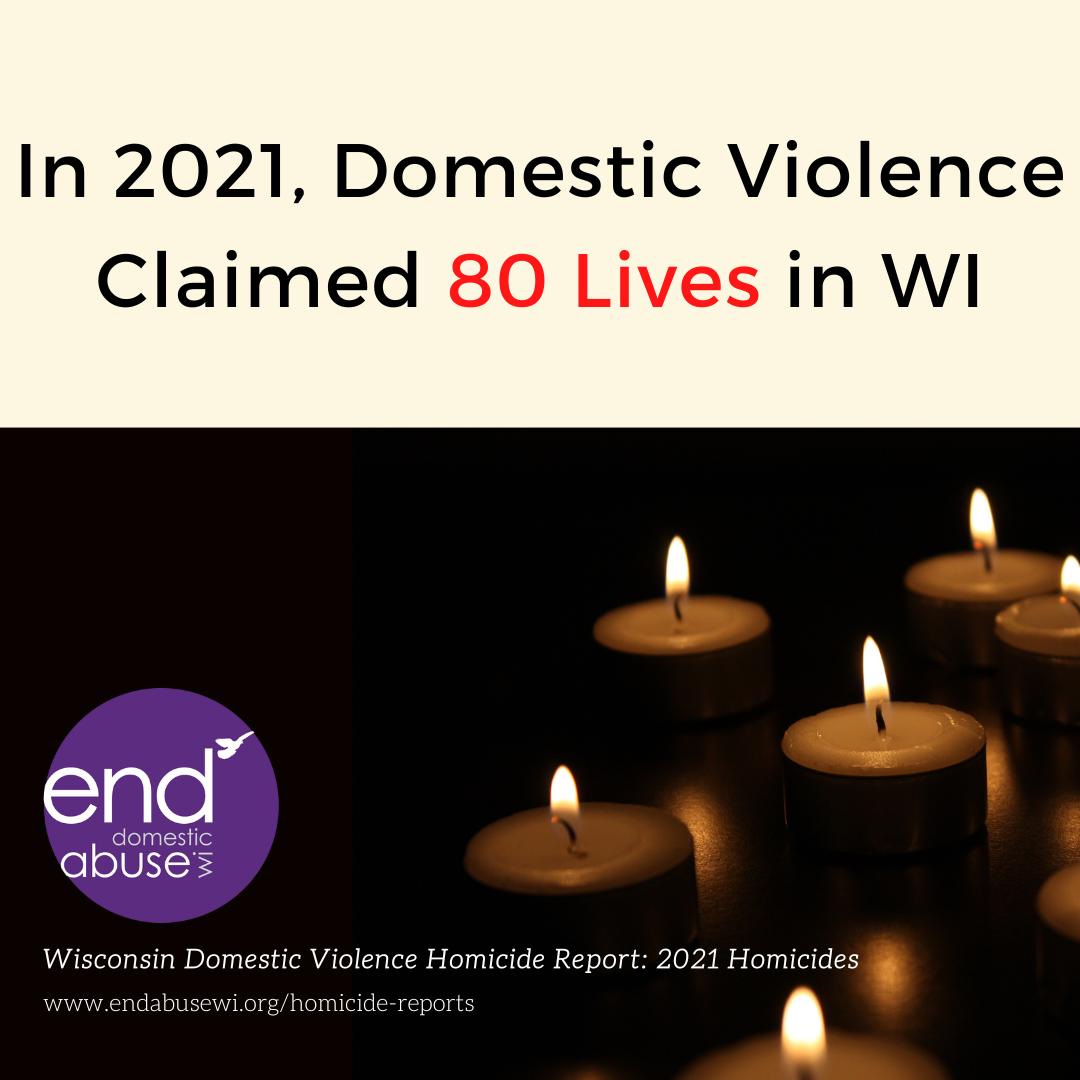 “We see consistent patterns in the data,” stated Krall. “Just as in past years, the homicide method in the majority of cases – 67% –  was firearms. Over 1/3 of those who used a gun were legally prohibited from possessing that firearm. The frank reality is that we aren’t doing enough to prevent homicides. Without investment in prevention, we’ll continue seeing loved ones and community members be killed.”

“As we go into Domestic Violence Awareness Month in October,” said Minkens, “this report highlights what advocates – especially marginalized folks – have been demanding for decades: address root causes. It’s no secret that access to safe and affordable housing, bodily autonomy, prevention education, and economic equity will reduce violence. It is a matter of acting on that knowledge, in order to save lives.”

End Abuse has produced the annual report since 2000, with the intention of honoring victims’ lives, drawing attention to the pervasiveness of domestic violence, and catalyzing improvements.

“We can’t ignore issues surrounding these tragedies,” said Gormal. “In over half of mass shootings, the perpetrator also shot a current or former partner. Non-Hispanic Black and American Indian/Alaska Native women are killed at nearly three times the rate of non-Hispanic white women. We can’t prevent homicides without addressing the sexism, racism, and gun violence repeatedly revealed in the data. We can’t save lives if policymakers, voters, and community members don’t value survivors’ lives enough to act on what we know will help. We plead our state to act and vote in line with victims’ needs. Victims deserve to live with dignity and safety. They deserve to live.”

End Domestic Abuse Wisconsin: The Wisconsin Coalition Against Domestic Violence (End Abuse, www.endabusewi.org) is the leading voice for victims of domestic abuse in Wisconsin. At End Domestic Abuse Wisconsin, we educate shelter and program volunteers and advocates, law enforcement, legislators, and community members to provide safety and support to survivors. We strive to shift Wisconsin from the attitudes and beliefs that cause domestic violence to values of mutual respect and equity, and we partner with communities in the effort to prevent and end domestic abuse. We encourage reporters to include the National Domestic Violence Hotline number [1−800−799−SAFE(7233)] in their stories for victims who need help. A list of local Wisconsin domestic violence victim service providers can be found at www.endabusewi.org/get-help