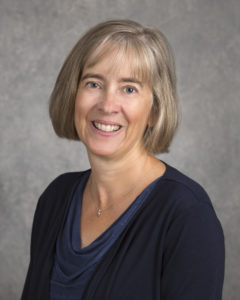 Founder and current NCALL Director, Bonnie Brandl, is retiring after 30 years of leadership at End Domestic Abuse Wisconsin. Brandl has worked in the gender-based violence movement since 1982, with End Domestic Abuse Wisconsin since 1991, and as the director of NCALL since 1999. A recognized leader within the elder abuse field and domestic violence movement, Brandl’s career holds many notable accomplishments including authoring national curricula for law enforcement, prosecutors, and victim service providers on elder abuse, facilitating trainings for thousands of professionals in the United States, Guam, Canada, and Singapore, and affecting policy change on a range of issues that impact older survivors of abuse.

In Her Own Words:

Serving at End Abuse WI for 30+ years has been an extraordinary experience.  As I reflect, there are so many highlights that I cannot come close to listing them or acknowledging all the incredible partners and allies who contribute to NCALL’s impact on addressing elder justice and gender-based violence.  Here are a few key memories:

I was fortunate to start my career working at two domestic violence programs and volunteering at a rape crisis center. Listening to the lived experiences of survivors provided the foundation I needed to serve as the Wisconsin Coalition Against Domestic Violence’s (WCADV) first executive director.

In 1991, one of my first projects at WCADV/End Abuse was drafting a report using interviews of older IPV survivors that were conducted by Antonia Vann Drew and her mother. Because of that report, I was invited to attend a national roundtable on “Older Battered Women” sponsored by AARP.  The roundtable led to national demonstration project funding from the Administration on Aging.  Jane Raymond and our many partners in Wisconsin developed and facilitated trainings and created materials to support advocates, APS, aging network staff, and other professionals.

Our Wisconsin success received national recognition that led to funding from the Office on Violence Against Women (OVW) to open the National Clearinghouse on Abuse in Later Life (NCALL) in 1999. In partnership with Janice Green and numerous amazing allies around the country, we built training and technical assistance for OVW funded abuse in later life program grantees and others.

We have created curricula for law enforcement, prosecutors, advocates, and others on responding to elder abuse.  I have facilitated training in 46 states, Singapore, Canada, and Finland.  I co-authored a book, the Elder Justice Roadmap, and journal articles. We created materials for faith communities with Safe Havens Interfaith Partnership and for tribal communities with Red Wind Inc. I testified before the Senate Committee on Aging during a hearing where Mickey Rooney spoke as a survivor of financial exploitation.  I had the privilege to attend elder justice and violence against women events at the White House.  And perhaps the work that has had the greatest impact was creating videos with Jim Vandenbosch (Terra Nova Films) of older survivors telling their stories of resiliency and strength.

I am honored to have served as NCALL’s founder and director for more than 20 years. It has been a privilege to work with the NCALL team, End Domestic Abuse Wisconsin staff, the Office on Violence Against Women and other federal partners, the OVW abuse in later life grantee communities, older survivors, advocates, and other colleagues. Together we have made a significant difference enhancing elder justice in this country and around the world.

We thank you, Bonnie, for your work and steadfast dedication to older survivors, and we wish you continued joy, rest, and connection following your years of service to the gender-based violence field 💜

Learn more about Bonnie’s work with the National Clearinghouse on Abuse in Later Life from the NCALL 20th Anniversary Blog Series.